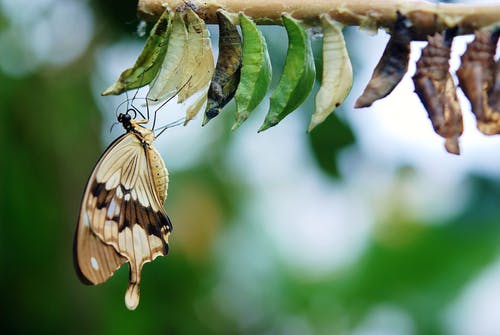 This morning, my neighbor texted me.  Her fifth grade daughter realized the one advantage of school being closed for shelter in place:  no Human Growth and Development!  My friend wondered whether I would be available for virtual lessons in the interim, given my matter-of-fact nature and access to various anatomy texts.  It wasn’t the first time that I came dangerously close to taking over the public school’s sex ed curriculum.

I was first exposed to our school district’s approach to the fraught subject when my oldest was in fourth grade.  I was left feeling that the school’s approach left much to be desired.  All that she seemed to retain from her instruction was a paralyzing fear of pimples and a vague notion of change and butterflies. This left me convinced that I needed to step in before the thing was too derailed.  The girl needed some facts, and she needed them quick.

The car being the best place for awkward conversations, I just launched into it, glancing up occasionally to force eye contact in the rear view mirror.

“So,” I announced, “you may have noticed that I bought you some sports bras.”

“Well, that means that you’ve officially entered puberty.  Do you know what that means?”

“Something about pimples and change?”

“OK, good.  Pimples. Yes.  That’s right, that’s why I’ve recommended that you start actually washing your face even when there’s no visible Nutella streaks on it. What else do you know that happens in puberty?”

“You start growing hair?…” vague gestures towards her pits.

“Okay, fine.  So, you’ve already started wearing deodorant, so not much will change in your armpit maintenance routine other than if you decide to shave them.  And if you DO decide you want to shave them, please let me help you, because bleeding pits are a definite fashion don’t.”

The conversation then wandered to such topics as feminine ideals of beauty and why our showers take longer, European pit hair, and the fact that most dancers don’t seem to sport hairy pits while in fifth position.  The general levity of armpit hair seemed like a safe landing strip (pun intended) for the whole purpose of the conversation: the period talk. Every menstruating female has a harrowing tale of when IT started. Some strike a celebratory tone, and at least 50% seem to involve a pool party.  This seems statistically unlikely.

I remember the dawning horror as my mother and I convened in the less-trafficked bathroom off the playroom at the end of the house.  The irony of my brother’s potty chair parked in the corner struck me, while I was forced to watch the mortifying display of the diapers that I’d now be forced to wear for the rest of my life.  So much for toilet training, why bother? A brief time of respite during childhood, and we’d all eventually end up back in diapers of some variety anyway. My cousin, who worked for Kimberly Clark, confirmed my teenage hunch, noting that their marketing plan is to normalize some form of diaper wearing for “every stage of life.”

My mother thoroughly researched every aspect of child rearing up to about the aforementioned toilet training stage.  However, mom sort of phoned it in on a lot of the later stages. No carefully prepared Welcome to Womanhood basket for me, instead I was presented with a brick of of sanitary pads that, given their bulk and absorbency, must have been leftover from one of her numerous birthing extravaganzas.

I was determined that Natalie would be more prepared and have menstruation normalized.  I plowed on:

“So, another thing that happens during puberty is periods.  We’ve talked some about that. Can you tell me what you know about periods?”

How to prepare her.  How to let her know that the “little bit” was a white lie perpetuated by nervous health educators through the ages?  When I was around her age I stumbled across a book in the library, I’ve forgotten the title.  A young slave girl describes her cycle as having something to do with gravel scraping down her insides and causing, crazy amounts of pain and crime-scene level blood.  Mom found this book and, while not censoring it completely, encouraged me to step away from the less than factual accounting. Of course I immediately devoured the entire book and, along with it, a healthy dose of fear and respect for the old menstrual cycle.

Natalie did not accidentally read this charming work of juvenile fiction.  She was blissfully clueless.  Time to ruin that;  I just laid it all on the line.  “Well, it’s more than a little.  It’s enough that, if you don’t have something to catch it, it will in fact soak through your clothing.”

“Fear not, the paper products industry created a dizzying area of options, and I will stock your bathroom and a cute, discreet bag for your backpack, such that when you need them, they are available.  I’ll show you how to put them in your underwear so that it’s not a big deal.”

“So I have to wear a diaper for one day every month?”

“Yes.  It will be fine.  I’m sorry that you are being taken by surprise by this, I suppose I’m partially to blame…”

“Well, yeah, it’s not exactly what we learned in school!  I thought it was going to be like needing a band aid one day a month.  Geez.”

“What, exactly, did your teacher tell you about periods?”

“I don’t know, she mostly focused on the butterflies and acne…”

And there it was.  All the of the reading on feminist topics, all of my own body acceptance issues, eagerness to please, dating the wrong people, all of it flashed back in my mind.  Could I save her from this? Her friends? Was this my moment? Could I provide that turning point in their lives, such that she and her peers wouldn’t need surreptitious code words about Aunt Flo?  Wouldn’t need to discreetly walk ahead of their friends through the hall to check for period stains? What about the rest of it? Could a good factual source of biologic and feminist principles steel them against sexting, pill parties, and all the rest of the crap that I’m currently working hard to pretend will never darken my door?  I could be that person! I would be the Messiah to the Southwood Glen Elementary feminine population! I could–”

“Mom, I see what you’re thinking.  Don’t get all volunteerish about this.  Just buy me some pads, show me how to use them, but whatever you do PLEASE don’t volunteer to teach my classmates about puberty.”

So, yeah.  It wasn’t my time to shine.  But maybe now it’s time to shine VIRTUALLY?  Let’s not run this by my girls though, all right?